I was the only outsider dwelling in the shore in Kodiakkarai (Point Calimere), in that afternoon of Feb 2016. It was a sea shore without waves. Apart from me, there were two other fishermen on a fishing boat stopped at the shore; where they were untying the fishes and other aquatic animals caught on their net.
Sea shore without waves; many flocks of seagulls flying around like – kites all tied to a pivot – raising and raising and round and round, finally landing and raising again; wet sand shore holed and carved with architectures of crabs; a fishing boat with two fishermen on it plucking the fish from their net. It sounded to me as a backdrop enacted there just for my presence.
I reached to the fishing boat. Just stood there to see what they did; Didn’t talk or near them very close for sometime; they didn’t talk to me either. A young boy and his grandmother(atleast I assumed so).
“Can I take a photo of you two?”, I asked.
Grandma looked at me, then his grandson.
“No, don’t take”, boy denied without looking at me.
“Why?”
“No, don’t take”, he denied again.
“ok, I won’t”, I respected their refusal. Didn’t picture them.
But it affected me thought, not because I was refused.
I somehow felt that, he denied and acted to me like that because he was not happy to be captured by a well fed someone and who are not bother of his life at stake for his daily needs; like How a not so happy sibling would deny a sufficiently supplied sibling. Kodiakkarai, if you don’t know, is twenty five kilometers away from Srilanka. Kodiakkarai fishing community is one of many others who are neglected by central government and tortured, boats damaged, sometime shot at, by Srilankan navy.
***
Next day, when I was in Pichavaram – chidambaram, second largest marshland in India. People were fishing in rowing boats.
“Anna (brother), will they say anything if I picture them?”, I asked the boatman on who’s boat I was in.
“No no.. don’t mind to..” he told me and he shouted at them – “hey.. You.. Pose for the photo here…. nobody is going to eat you if you smile…. Show your teeth….”
I smilingly took the photo and showed them the thumps up. 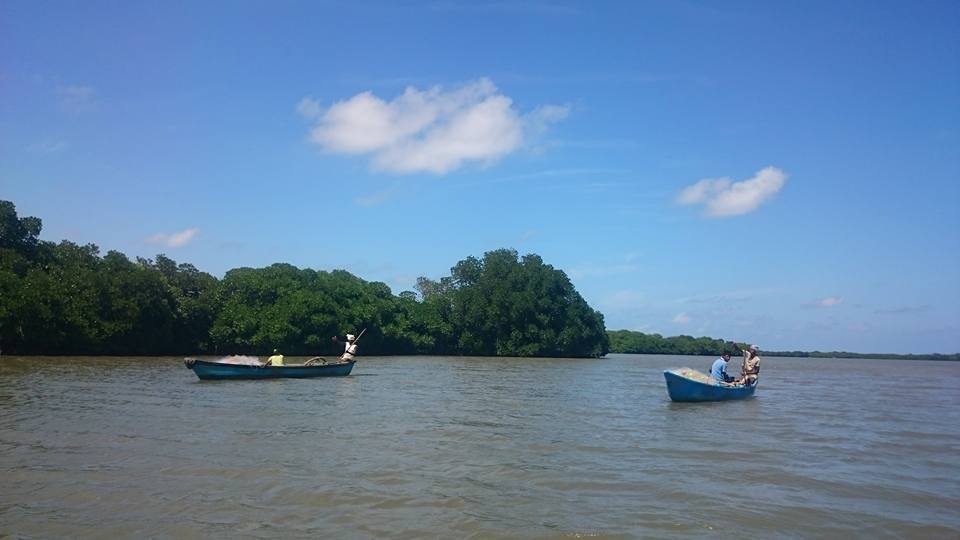